Ever wondered what’s the most average song you’ve ever heard? Think of all the thousands upon thousands of songs on your hard drive, not to mention the thousands more you’ve forgotten about – and those are just the ones you like. Below your own threshold of quality there’s millions more which don’t pass muster.

Have a stab at naming your favourite song, like, right now. Can’t decide? That’s fair enough. You’d need to crack out the notepad and furrowed brow for a feverish scribbling session before you can even create a top five.

Even naming the worst song you’ve ever heard will take some effort – not only because of the internet’s (and pop culture nerds’ in particular) eagerness to dub things the worst _____ ever, without actually taking the time to subject themselves to any prolonged exposure to that pain.

But average? That’s way different. Out of all the songs you’ve ever heard? Tough one. What song is neither offensive enough nor inspired enough just to hit the very middle of your all-time music charts? What single song rises enough above mediocrity but sinks enough below inspiration?

One song hit me today in exactly that sweet spot. And before I over-analyse it with the power of nostalgia, I should probably just flat out tell you why this song strikes me as the most average three minutes of pop-rock averageness ever.

Today I heard a cover of Smash Mouth’s All Star by a band called Chunk! No, Captain Chunk! which, all artistic intention aside, was covered pretty much straight up. Apart from the whiny Americanised vocals, some sped-up drums and a bit of Busted-esque guitar upstrokes (and the mandatory pogoing seen in the video), there is absolutely no derivation from the original. Right down to the introductory keyboard flourishes and the whistling / record scratching in the breakdown, there is precious little in the way of experimentation on this cover. Recorded for a series of ‘Punk Goes…’ compilations, it’s possible that the attempt to play each song as straight as they can is all part of the mission statement.

But both the worst and best cover versions can be evaluated as such in their attempt to re-interpret the source material. Whether it’s a competently-performed yet ultimately ill-judged re-working or just a touched-up version of the original, you can always judge a cover song as successful or unsuccessful based on the combination of the song’s suitability for a re-work or the new artist’s interpretation – and ergo, how much that song ‘belongs’ to somebody.

Take (my tears and) Marilyn Manson’s stab at ‘Tainted Love’ for example. It’s crap, but you’ve got to hand it to him/them for trying to plunge a Northern Soul classic into the nu-metal mire. The crunching dirge of the MM effort completely eradicates the soul of the original vocal – and that of Marc Almond’s in the much more suitable (and more famous) version of the song. Manson took a song which was made more famous in the first place as a cover version, and tried to mangle its frustration into something reflecting how he himself saw the idea of tainted love.

Conversely, Nine Inch Nails’ Trent Reznor once spoke about the Johnny Cash version of his song ‘Hurt’, and how he felt like “that song isn’t mine anymore”. The idea that someone understood the pain and isolation of a situation more than the writer himself did, and that this was enough for the original artist to disown his very own particular piece of grief, makes it one of the most powerful and meaningful cover versions of all time.

So when a cover version does absolutely nothing in any way for the song it honours, what does it say about the original song’s quality and durability?

‘All Star’ was originally released in May 1999. Try and forget that I’ve just told you that, and give the song a proper listen. I’ll wait.

Okay, now pretend I didn’t tell you when the song came out. Judging by the lyrics, and the top three major-label rock production clichés you hear within it, when did this song come out?

The point is, where there are the slivers of a crack in the melodies, or the rough edges of a pretty bog-standard tune, there’s the slick and shine of that late-90s did-it-on-a-Mac-but-christ-they-used-to-cost-loads production. It Polyfillas the cracks and Ronseals the surfaces to produce a completely inoffensive song – ironically enough, almost to the point of itself being offensive.

When All Star was released I was 14 years and three months old – the scientifically-proven age where your pop culture tastes are refined. (Also released in the first half of 1999: Moby’s Play, A Place in the Sun by Lit and Len’s “Steal My Sunshine”, not to mention the re-release of Bran Van 3000’s “Drinking in LA” – the latter two of which still feature on my ‘sunny day’ playlists.)

(Caution: You may find that the rest of my argument, more than tinged by my nostalgic propensity for a sunshiny tune, completely renders the rest of my findings invalid, but please do bear with me.)

Unlike those last two songs, which most would forgetfully and gladly lump into the same bargain bin as ‘All Star’, Smash Mouth’s biggest hit is drenched in the pop-rock polish liberally sprinkled into songs by everyone from Uncle Kracker to Sugar Ray – not to mention the video which tied into the Mystery Men film’s promotional campaign. Len and Bran Van 3000 were each more of a breakout act from respected songwriting/performance art roots in the Canadian underground, and so were more deserving of a listen to distract from the rest of the blandness being bandied around the airwaves.

To that end, ‘All Star’ still does demonstrate high levels of competence and imagination – the likes of which you ought to expect from full-time musicians already well ensconced in ‘the biz’. Astro Lounge was Smash Mouth’s difficult second album, made all the more pressuring by the success of ‘Walkin’ On The Sun’, the lead single from the first. ‘All Star’ would go on to feature in about 57 different films that you’ve watched in passing, after reaching number four on the Billboard charts.

There’s still guitar and drums on the track, and a fair amount of keyboard, which does to me demonstrate more than the bare minimum. But it may be those standards which undo the song – that instant when you first hear a song and know it’s going to be successful the charts because it has been sanitised and refined for all it’s worth. For all that competence and experience, the artificial nature of the production demonstrates close to zero in the way of passion.

For as long as I can remember, I’ve been willing to try out any style of music where you can just tell the artist is trying as well. It’s more a sad indictment on the state of the pre-packaged, manufactured preferences of the music industry than anything else, but it does mean I get to enjoy a wider range of music than my baggy-shorted 14-year-old self would have permitted.

Of course you can’t write a hit song without some amount of allowance for the audience, some sort of sonic experimentation and knob-twiddling to ensure it has a broad enough appeal. But ‘All Star’s squeaky-clean production does nothing to disguise the fact that it appeared to have been magicked out of thin air onto someone’s Mac. For the maximum amount of compression, clean-up and polish that the song was given ready for its assault on the ears worldwide, I do still hear more than the absolute minimum in the way of a band choosing to put its heart, soul and sweat into their music. Going by this extremely delicate balance between soul and sanitisation, between heart and hard drive, we approach a tipping point.

‘All Star’ doesn’t possess enough of the passion of a song whose writers needed someone to hear their message – the way Johnny Cash could hear Trent Reznor’s pain and put his own beautiful soulful pain on top of it. But by the same token, it doesn’t contain enough of the robotic, soulless automation that plagues the rest of the pop field and reduces it to mindlessness motions.

I’ve heard cover versions of songs that are subjectively better or worse because the cover artist makes a good or bad choice. From hearing their take on ‘All Star’, my view is that Chunk! No, Captain Chunk! choose to play it right down the middle because the original gives them no inclination or indication to do anything but. I can’t think of a single song whose cover version caused me less consternation either way. I don’t know who that’s on.

Because of the original song’s indecision – not quite soulless enough to be flat-out bad, but too overproduced to be good, ‘All Star’ does more than approach the tipping point – it is the tipping point.

So the next time you hear a song and can’t decide if you like it or not, ask yourself – is it better or worse than ‘All Star’? Then you’ll know, because I now believe that ‘All Star’ is the most average song of all time.

A blog about gaming, films, music, wrestling; all that good stuff - plus raves, rants and revelations about me and my life.

A Tune For Tuesday 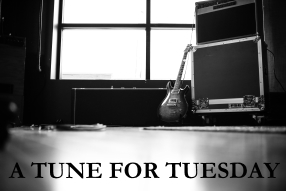